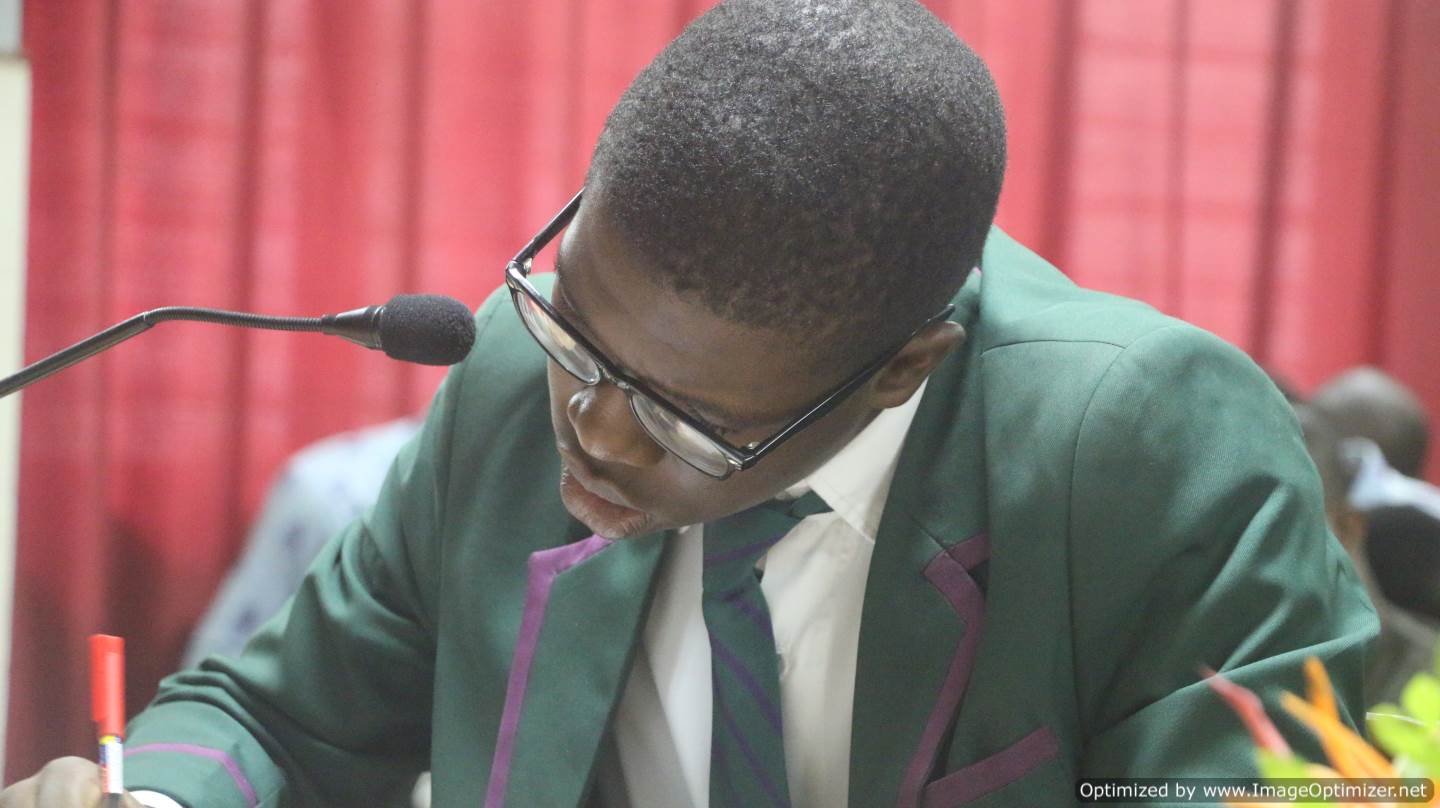 Holiness through my Studies and the Science Challenge

Holiness through my Studies and the Science Challenge

I heard about Helmbridge from my elder brother. He was the stepping stone to my coming here. My first experience of the centre, however, was when I came for the Helmbridge Science Challenge in 2010 to represent my school Penny International. I didn’t know what they did there. I’d come to for the competition then go; I didn’t know Helmbridge was a Centre of Opus Dei.

The competition opened doors for me. Attending the Science Challenge helped me in academic, professional and spiritual life. It really made me to appreciate study. I was also motivated. In my school, members of the team who win the Science Challenge are given scholarships. A friend who represented Penny in Biology the year we won also encouraged me to study.

The team that represented my school the previous year came third. They were awarded some prizes but no scholarship. The Principal encouraged other students to study hard for the next competition. A friend of mine who was on that team explained how competitive Science Challenge was; all the schools that take part want to win. I began to study hard to compete the following year.

In Penny there is a competition, a clone of the Science Challenge. I took part in this competition which is an avenue to recruit the team for the next Helmbridge Science Challenge. During the break, I had to decide what subjects I could represent the school in. I decided on Physics since it’s like Maths. I studied and solved past questions over the holiday. My brother advised me to read even though I won’t understand everything but by the time it is taught in school I would grasp it.

When the competition started I attended the first match. The Physics questions surprised me. I felt I didn’t know anything. I had to study even more. I remember the first question in Physics, “Define spherical aberration”. I have never heard this kind of question before. I had to go and search my textbooks for spherical aberration. I saw it in a textbook for advanced level Physics. When I checked the content of the book I saw different things. I had to sit down and read the book. My teammates stood out in their respective subjects, I too had to stand out in Physics.

I will never forget the quizmaster of the competition that year, he and my brother bear the same name: Chukwudi. He told us that after the competition we won’t need to attend lessons, that the Science Challenge would train us on how to solve questions quickly. The advice stuck with me. I didn’t need extra lessons for my university entrance exams as the Science Challenge already prepared me.

After the competition, my brother who was attending activities at Helmbridge told me more about the Centre. I’d seen the place and I wanted to know more. He gave me a brief rundown. It was a study centre where I could go to read for as many hours as I wanted in preparation for my university entrance exams. I tried it once. The environment was very conducive for reading. I used some textbooks in the library, but I wanted to know more about the spiritual aspect.

After I finished my final exams in secondary school I attended a Friday meditation. The priest was awesome. I don’t know whether it was a coincidence but he spoke about St Josemaría and what Opus Dei was all about, and how I can be a saint wherever I am. It was as if he was talking to me. After the meditation I went to speak with him and went to confession too. He told me more about the Centre and asked if I would come regularly. I liked what I saw and decided to make time for the meditations and other activities.

My spiritual life began to change after I attended that Friday meditation. I don’t believe there is anything that isn’t online. I searched for Opus Dei on my brother’s phone after I met the priest and read all about it on Wikipedia. I watched videos of St Josemaría on YouTube. I took interest. Its message was rare. This was the transformation stage.

While at Federal University of Technology, Owerri (FUTO) I began to look for Opus Dei. Dr Alabi, a lecturer, organized classes for my brother, who was a year ahead of me, and his friend. Though there was no Centre in FUTO, I went to those doctrinal classes on Thursday evenings with my friends, and stayed in contact with them to make sure they kept coming. Three of my friends had come in contact with the Work in Lagos. We worked together to get first year students to ensure continuity. Dr Alabi’s classes were always brief, which we enjoyed and appreciated. It was there I acquired knowledge about the Catholic doctrine. I read books like Faith Explained and Rome Sweet Home.

Each time I hear about Helmbridge, I think of it as place where you can study, increase your knowledge of the Faith and your spiritual life. It’s not all about saying I believe. You can’t believe in a person you don’t know, you have to study the Catechism of the Catholic Church. I love the idea behind Opus Dei: you don’t have to be a priest or monk or religious to make it to our eternal home. Wherever you are, you can be a saint doing ordinary things in an extraordinary way. It’s about making the best from studying. It’s part of the reason why I graduated with a First Class. It all started in Helmbridge: the integration of my studies and spiritual life.